The combination possibilities to discover the Cyclades are manifold.
We suggest some combinations but you can ask us to prepare a trip according to your wishes.
We'll give you a proposal with Ferry tickets, airlinetickets, transfers, car rentals , local tours, etc. 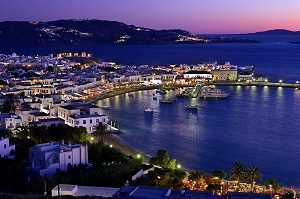 One of the most popular islands with beautiful sand beaches and a vibrant nightlife. The lively main square has numerous shops, bars and restaurants. Don't miss the small windmills on the hill , the artists' neighbourhood of Little Venice and the white little church of Panagia Paraportiani. Starting from Mykonos, you can go on an excursion to the nearby archaeological island of Delos .
Pictures 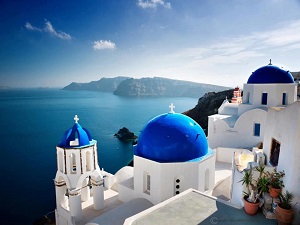 This volcanic island was colonised by the Minoans as early as 3000 BC. In 1425 BC a gigantic volcanic eruption blew up the island, shaping it as a crescent. The main city Thira is literally stuck to the cliff. The sunset in Oia is breathtaking. The most beautiful island of Greece is a true paradise for honeymooners, photographers and hedonists.
Pictures 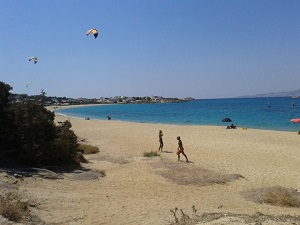 The largest and greenest island of the Cyclades has something for everyone : beautiful beaches, nightlife and nice nature scenery with mountains and fertile valleys. Hora, the capital city has several neighbourhoods including the harbour, the hotel district, the Old Town with the Venetian Kastro and the Portara ( Apollo's gate ). The valley of Tragaia is a paradise for hikers .
Pictures 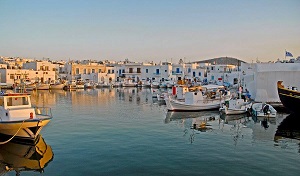 The fertile Paros is the third largest island of the Cyclades. It was already famous in antiquity for its marble. Paros has busy and lovely seaside resorts like Parikia and the cosmopolitan Naoussa with its numerous boutiques, restaurants and bars. Pay a visit to the charming inland villages.
Pictures 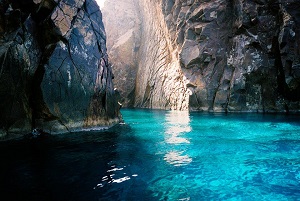 Milos is one of the most spectacular islands of the Cyclades. The volcanic origin is manifested in multicoloured rocks and hot springs. The places surrounding Sarakiniko are characterized by white pumice formations. Papafragkas is famous for its sulphurous blue water. It is on this island that the Venus de Milo was discovered. Don't miss the fishers' village of Klima, the sea caves of Kleftiko and its numerous beaches.
Pictures 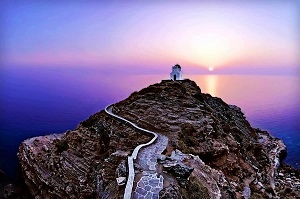 The small hilly island of Sifnos is one of the western Cyclades. This rocky island is dotted with white houses. In ancient times, Sifnos was famous for its gold mines. The residents pay an annual homage to Apollo in his sanctuary by donating a golden egg. Sifnos is famous for its pottery, its beautiful nature and its gastronomy. It is also an excellent hiking destination .
Pictures 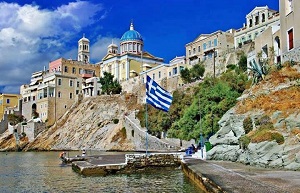 Syros is the commercial, administrative and cultural centre of the Cyclades. The main town is Ermopouli, which was built as an amphitheater around the harbour. The Apollo Theater, a miniature version of the Scala of Milan, is worth a visit. The varied landscape with palm trees and terraced fields, beautiful bays and beaches will surely delight the visitors.
Pictures 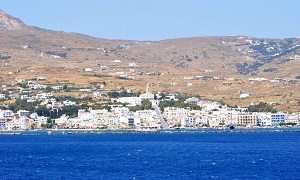 The beautiful Tinos has mountains, beautiful beaches, an unspoilt coastline, marvellous nature scenery and countless dovecotes. The island is an important pilgrimage destination. Chora, the white capital, is a simple but lively town with nice shops and restaurants. An absolute must-see is the Panagia Evangelistria church.
Pictures 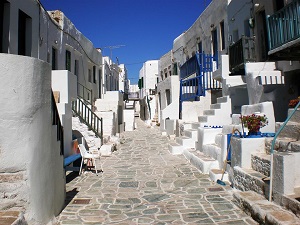 The volcanic island of Folegandros is a long and rocky outcrop of rocks with impressive cliffs located between Milos and Sikinos. It has the charm of a typical Cycladic island with its white houses, churches and terraced olive groves. Chora is a pleasant town with small squares, quaint streets and a medieval fortress (kastro).
Pictures